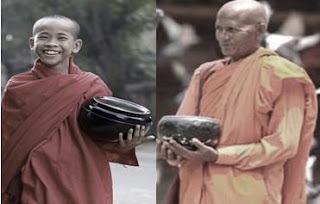 Two companion monks came across a swollen, raging river on their travels. A pretty, young woman who had reached the same bank, asked them to help her cross the river.
Without hesitation the older and senior of the two picked up the woman and helped her across.
The younger monk was aghast because his companion had broken a vow that they had both taken – never to touch a woman. He kept his disappointment hidden for a long time as they traveled on, and then blurted out, “What a poor example! How could you? You blatantly broke your vow!”
The older monk responded gently, “I put her down long ago. Why are you still carrying her?”

The draft King IV report, South Africa’s corporate governance guidelines, has been released and is open for public comment for the next 4 months.

POSITIVES
There are a number of improvements over King III, including:
·        It’s Easier to understand
·        More concise
·     There are far fewer principles (now reduced to 17). There were too many previously because principles were not clearly distinguished from practices
·      A wider audience or community is brought under the good governance umbrella, including smaller businesses and non-profits
·        Both tax avoidance and tax evasion are frowned upon
·        Sustainability is highlighted

NEGATIVES
·        There seems to be an inherent acceptance that the onus is on business to prop up poor Government policies and practices – for example in developing the required skills base, and turning the BBEEE quota system into a ‘sustainable practice’
·        The absence of any measurement guidelines is disappointing
·        In parts it reads like a high school essay and includes obvious statements (such as “Good ethics is the foundation of good business”, “Values are the foundation for the management of ethics”)

NEUTRAL
·    The document claims to be less prescriptive than King III, yet cautions/ warns of the legal consequences of straying from the guidelines – and strongly directs business in terms of internal controls and compliance mechanisms
·        The document deals with the who? and what? (for example establishing committees, monitoring and managing risk and assurance practices, setting up alternate dispute resolution practices, entrenching trust, agility, resilience) and leaves the how? to the enterprise
·        Tricky issues such as the evaluation of the CEO’s performance remain vague
·       The enterprise is tasked with managing the interconnected ‘six capitals’ (financial, manufacturing, intellectual, human, social/relational and natural) and to demonstrate integrated thinking regarding strategy, how value is created, and how interconnected people-planet-prosperity is positively impacted – both now and in future
·  The role of internal audit is being steered from hindsight (fixit) to insight (institute preventative controls) to foresight (advisory function on Board)
(These neutral aspects do mean that the larger, savvy enterprise is free to develop its own policies and mechanisms, but also that the less well-resourced or knowledgeable enterprise may flounder)

OVERALL
King IV requires the enterprise to set, control, and ensure adherence to ethics and values – that is, internal compliance.  Even where forward thinking is advocated, the underlying sentiment is one of control. (An example is the role of internal audit shifting from being reactive to proactive in terms of a control mindset). 1

One of the lessons from the story of the two monks is that “all the laws, rules, regulations, ethical principles in the world will not guarantee virtuous behaviour”.  The psychology of ethics and sustainability is an often overlooked component that has a powerful bearing on how well character virtues and ethical behaviours may be introduced in organisations. Complex pycho-social factors apply at the individual, team, organisation and social levels.

Achieving sustainability and beyond requires enterprises to develop character, spontaneous behaviours, decision-making prowess, agility, resilience, and spiritual mindfulness in such a way that there is congruence throughout the organisation, and new, productive partnerships are formed across historical silos (Government, Activists, Suppliers, Competitors ….).  Beyond integrated thinking, second-tier, non-dualistic, integral thinking is the new order of the day (Both/And rather than Either/Or)

The economic, social and environmental challenges that we face call for a leading approach. King IV still inclines towards lagging behind what is required.  King calls on directors to care for and look after companies as if they would an incapacitated individual, “And so it should be with companies, which are even more incapacitated than disabled individuals”.1 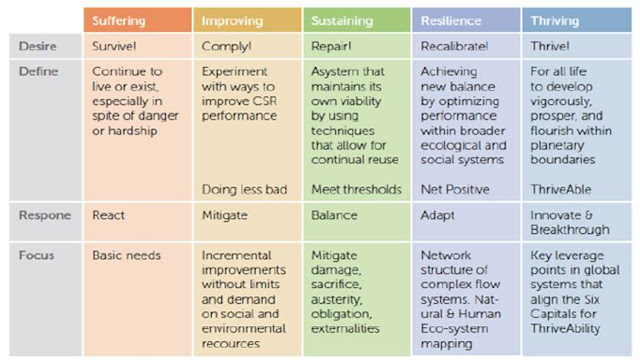 The 14th January, 1998 Bangkok post carried an article by Prof Dr Prawase Wasi that I’ve never forgotten. He advocated a move from a narrow, inappropriate view (michadhitti) to a holistic ‘state of being’ approach to measurement (sammadhitti). 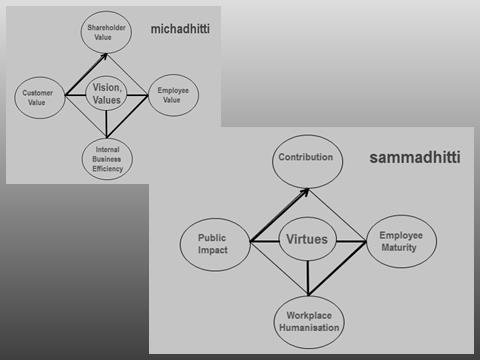 This latter view 3 incorporates inside-out and outside-in thinking and steers the enterprise into considering appropriate virtues, practices and outcomes. 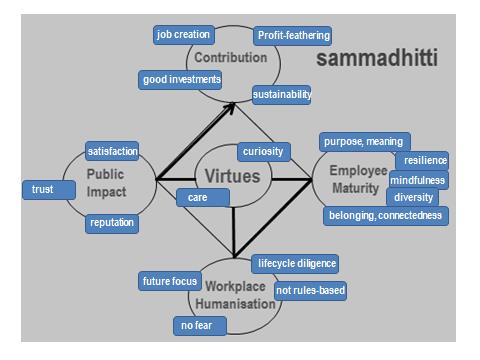 Posted by Graham Williams at 4:07 AM