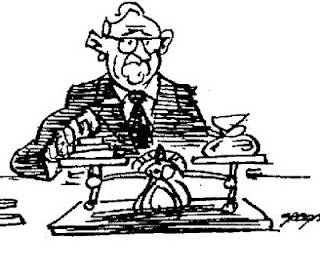 My favourite bookstore (Yes, I’m aware of IPads, Kindle etc but love the feel and smell of ‘real’ books) draws attention to interesting reads, by posting a STAFF CHOICE sticker and description on their recommended books.

I thought we’d do the same.


It was not easy, but after carefully weighing up the options, here are 3 ‘staff choice’ diagnostics and 4 ‘staff choice’ articles available to members of http://www.haloandnoose.com

The Hardy Personality Diagnostic: How well do you respond to the challenge, how comfortable are you, and how much in control are you during change and transition? Do you sink or swim? What improvements can you make?

Assessing an organisation’s Narrative Application and Competence: This assessment determines an organisations’ strengths, weaknesses and opportunities - in the area of using narrative to advance corporate functional goals. It also determines the level of competence that exists to support the functional applications.

Personal Mindfulness Checklist: What level of mindfulness do you apply to different aspects of your daily living in order to reduce stress, enhance your lifestyle.

Collectively Making Sense of Business Situations and Issues An examination of sense-making and how it works, the role of narrative, anecdote and metaphor, and an exploration of the frameworks developed by Dave Snowden (Cynefin) and Cynthia Kurtz (Confluence Sense-Making and Participative Narrative Inquiry)

The Brain and Branding: build a better brand, boost your bottom line The brain - primitive and developed, left and right hemispheres, conscious and unconscious.......and a look at depth marketing and how savvy corporations forge emotional connections, and include the story element to do this

The question is................. At work, in our families, socially: What are the right questions to ask? How should they be asked? The art and discipline of asking questions

Tell to Win and Win and Win: Stories engage, capture interest. A disquieting trend however is that, as they become more and more used, there is an increasing focus on ‘telling to win’ – that is, to persuade, sell, convince, manipulate. Thus there is a danger of stories being misused, even abused. We believe they should be used primarily to illuminate, convey knowledge and wisdom, raise….
Posted by Graham Williams at 1:41 AM 1 comments

There was an excellent response, both in terms of quantity and quality. We will definitely run further such competitions in the months ahead – perhaps Wordles, six-word stories, a quiz?

In no particular order, with each selected haiku winning a free membership (for the author or nominee/ friend) to the Halo and Noose resource web site, the winners were:

Brett Beiles from Durban sent in Before the Fall:
The decline of Rome
started with an unrepaired
pothole in a road

Love’s Labour’s Lost also came from Brett
While writing poetry
on his cellphone to his love,
the battery ran flat

From Rev. Peter Fox, St Luke’s Hospice Spiritual Counselor
When once we are met
In places of the heart by
Memory we’re held

Barbara Nussbaum, who coaches writing around the world
Sounds in nature’s silence
Hold the wisdom of the world
Slow down let us hear

Len Stevens of Cape Town
Beggar at my door.

Am I my brother's keeper?

Submitted by Kiki Theo of Money Alchemy in Cape Town (written as a meditation on a street child)
Ten years I watched a
little boy beside the road
become a man. How?

And Stuart Nager, a professional storyteller, USA sent in a 9 stanza story (but gets only 1 free membership!)
In ancient Japan, Chiyoko had bribed Kitsune, the trickster Fox, with his favorite food, a freshly caught kunimasu salmon that was ready to spawn. From that day forward, Chiyoko would be known, and feared by many, as The Kitsune-Mochi, the Fox Witch. On a path of vengeance against the wicked, The Kitsune-Mochi used the powers of Fox to call on lesser demons (oni) to right wrongs. That is, until she crossed paths with Red Helen, a beautiful oni made up of a hundred-hundred deadly butterflies. Their parting was not amicable.
Fox, while liking being fed, does not like being held under anyone’s sway for too long. He plots to change this…

Dreams of giving chase.....Nestled in Fox den; .....at darkFortunes change in light

Vengeance Spirits come.....Engulf the wicked, ensnare.....Fox yawns; time is near

The Fox Witch grows tired.....Her grief so long to abate.....Lamentable, she

Fox Witch hunts the Fox.....He slinks in shadows and dusk.....Wrath is on his tail
Posted by Graham Williams at 4:59 AM 7 comments