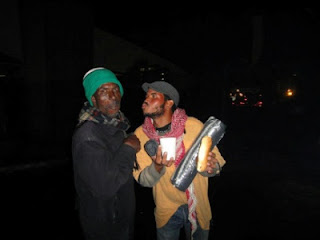 
Muslim proverb: “To understand a man, you've got to walk a mile in his shoes, whether they fit or not”.


American First People’s saying: “Do not judge your neighbour until you walk two moons in his moccasins.”
Businessmen Marc Buhrer and Shane McConnachie  spent 7 days living rough on the streets of Cape Town - to find out what the homeless and destitute go through every day of their lives. Destitute means to be utterly lacking in any means of subsistence, being completely impoverished, and Marc and Shane each had with them only a blanket (and a cell phone in case of real emergency). They earned about R20 (just over US$2) a day for food, by begging or washing cars, and slept on construction sites, open fields or alleyways. They experienced cold, hunger, depression, abuse, boredom and despair.
Having to make eye contact while begging was demoralising and humiliating, whether or not they were rejected, taunted, verbally abused or given money. Says Marc: “It was one of the hardest things I’ve ever had to do”.
Although a few overnight shelters exist for the street people, many avoid them because they feel patronised, imprisoned, and dependent.
These forgotten people are perceived as a nuisance by the general public. Marc and Shane found a total lack of ‘ownership’ of territories among the homeless that they met. Instead they found a very real community spirit, where at night people gathered, shared bread, told their stories.
Marc and Shane met and listened to the stories of:
G, a former gang member, his body covered with prison tattoos, who feels constantly condemned by society even though he has changed and wants a better future
J, who has been on the streets since childhood, for 45 years
F, who accompanied her mother when she moved from rural George to Cape Town, and has been living rough ever since
P, who collects and sells scrap metal, is homeless but working and has hope and a vision
Clearly living rough becomes a way of life, a situation that once in, people find almost impossible to break out of. Their journey was captured by Co-Op TV and may be viewed at www.co-optv.com   (Walk the Walk – life on the streets)
Their experience mirrors those of others who have also sought to understand:
·       Texan journalist John Griffin, a white man, darkened his skin, assumed the identity of a black man, spent 6 weeks hitchhiking and traveling on Greyhound buses through the ‘deep south’, and experienced first hand the stereotyping and prejudice facing black people.1
·       Teacher Jane Elliott’s conducted a diversity experiment with her grade school children in Iowa. Immediately after the death of Martin Luther King she split her class into ‘blue-eyed’ and ‘brown-eyed’, gave and withheld privileges, treated one group as superior. In an amazingly short space of time she created a ‘racial’ divide, observed how the learning performance of the ‘inferior’ group declined. When the groups were switched, the same result occurred.2 a follow up with the original class years later to see the extent to which the new values that she had instilled, still remained.3
arc and Shane Have showed us that things are not always what they seem, and that we are called upon to embrace the dignity of others, whoever they are, whatever their circumstances, race, religion, social standing. “The way we experience things is simply the display of our minds. These forms we see with our physical eyes we tend to appraise in various ways.”  Kenchen Thrangu Rinpochet.
Walk the Walk is a charity initiative arranged by Dare to Share, a registered NPO that has evolved under Marc and Shane’s leadership. Choosing to live for a time on the streets was a part of this campaign, aimed at raising consciousness about the plight of the less fortunate  homeless folks of Cape Town.  Awareness is of course just the first step on a path to finding solutions. View their final diary entry at:
http://www.co-optv.com/co-op/Walk_Walk/diaryfinal
If you’d like to contribute in any way, contact Shane or Marc on 082 9218975, 072 2371513 or at shane@inspire-cor.co.za
References:
1.  Black Like Me by (Penguin 1962). Griffin, John Howard
2. Video documentaries The Eye of the Storm (1970) and  A Class Divided (1985) 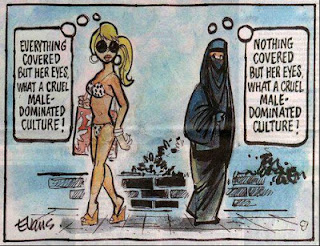 Posted by Graham Williams at 4:49 AM 0 comments