Predicting Where Business is Headed

Predicting where business is headed


“It is not in the stars to hold our destiny, but in ourselves” - Shakespeare

This review of where business has been, where it is now positioned, and where it is headed is not based on any in-depth formal analyses, predictive modelling and forecasting, nor a claim to being a seer. It is a reflection based on being immersed in the business world – in a large number of countries and sectors - over the last half-century.

WHERE HAVE WE BEEN?


The chart below shows corporate areas of concentration over the past 50 years, and tells a story. 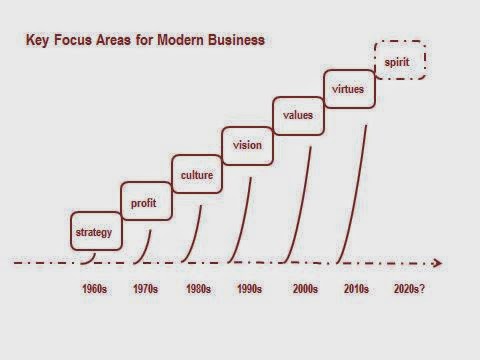 Note that each area of focus by decade:
o   is a broad description that incorporates a number of developments and trends.
o   is not stand-alone and does not cease when the next area of focus takes off. For example, business has lately begun to recognise the closed-loop system of strategy and culture. Profit still remains the raison detré of business – the 70s were the age of ‘maximizing shareholder value’, and more recently the trend is moving towards serving the ‘triple-bottom-line’ of planet, people and profit.  A customer service strategy might flow out of vision and values, and require cultural elements in its execution. (Incidentally the first modern customer service standards were formulated by the International Organisation for Standards in 1946). In the late 1990s the Moss Kantor, a leading management thinker, said “the vision thing is giving way to the values thing in the lexicon of business leaders”.1  But of course vision and values are inextricably linked – Martin Luther King’s famous ‘I have a dream’ speech was values-laden
o   is driven by enablers or ‘how to’ initiatives. These aspects are excluded, not specifically mentioned in the chart. (Thus games, information and communications technologies and their intersection, narrative contribution, learning organisation components, quality management, organisational development, process redesign, balanced scorecard measures, leadership qualities and skills … are excluded)
o   might brew for many years before taking off and being widely adopted. (Rooted in military practice, modern business strategy emerged as a serious field of study and practice in the 1960s.  Scenario planning as an aspect of strategy formation can be traced to the 19th century. Shell, a forerunner of its modern use, has been using scenarios for over 4 decades. Culture has been a factor of focus in business for about 3 decades now.  Values have their origin in antiquity. Within the broad scope of values, corporate responsibility has been around for more than 5000 years …)
WHERE ARE WE NOW?
In part driven by a backlash against the excesses of rampant capitalism, including widespread compliance mechanisms, and by the failure of many organisations to determine and implement meaningful values, we are currently seeing an embryonic ‘virtuous organisation’ movement. “In sum, virtuousness in organizations refers to the process and practices that support and manifest the display of virtuous behavior. In virtuous organizations, employees collectively behave in ways that are consistent with the best of the human condition and the highest aspirations of human kind”.2
Others, in searching for what makes organisations great, also allude to virtues, but again the emphasis is on financial performance, and the research findings in some doubt: “The impetus for our research was the increasing popularity over the past 30 years of “success study” business books and articles. Perhaps the most famous of these are Thomas Peters and Robert Waterman’s In Search of Excellence (1982) and Jim Collins’s Good to Great (2001), but there are many others. The problem with them is they don’t give us any way to judge whether the companies they hold up as examples are indeed exceptional”.4
Moss Kantor holds that “companies are more than instruments for generating money; they are also vehicles for accomplishing societal purposes and for providing meaningful livelihoods for those who work in them”. (The latter not being subservient to the former).5
She rightly argues for long term sustainability, and has coined the term ‘institutional logic’ – which does suggest an adding to traditional command and control thinking, rather than a totally new approach to how business is conducted.
We believe that the embedding of agreed character virtues throughout the organisation, following a sound process to determine desired behaviour indicators, and employing a new business model, is the right route to follow.6
WHAT NEXT? WHERE ARE WE HEADED? 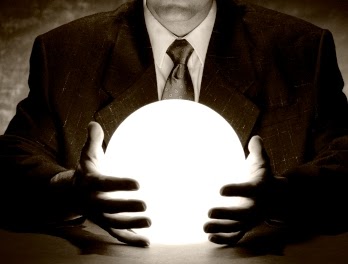 In my view the next logical step for modern business focus  - following strategy, profit, culture, vision, values and virtues - is ‘spirit’.
Given the parlous state of the wider world and the corporate world – characterised by wars, shortages, protest, corruption, deceit - this seems like a cranky, flaky, naïve, over-the-top prediction to make. However, there is far less tolerance of traditional, hierarchical and unethical leadership. Mindfulness training is being taken up by more and more – with benefits of better self-awareness, better interpersonal relationships. The harnessing of diversity is being more soundly practiced, with attendant growth of respect, trust, dignity. Emotional and social intelligence development is becoming a norm. Values and virtues are beginning to form a platform for many operations. Consciousness of the implications of the wide, interconnected web in which business finds itself – members, society, the environment, stakeholders – is being raised. (“Spiritual awareness is an understanding of being imbedded in a larger whole, a cosmic whole, of belonging to the universe”. (Fritjof Capra, physicist, author of the Tao of Physics)
All of these trends signal a potential to breakthrough out of chaos as deeper understanding and practiced virtues take hold – as our essential humanity is rediscovered. This is what I term ‘Spirit’. A state-of-being where virtues shape, inform and undergird strategies, motives, culture, vision and business processes.  Where a habitual (even mystical) awareness of the interconnectedness of all things is widely present.  Where the da Vinci virtue of connessione (practicing love) emerges as the highest virtue and a transformational force.  June Singer, a giant in the world of analytical psychology, has this to say:
“In our concerns with counting and weighing and measuring, with precise descriptions
and careful evaluation, we sometimes fail to recognise or give credit to values that do not
fit these criteria. Or, when we do recognise that such values exist, we split them off from
the consciousness of the marketplace and relegate them to the categories of religion or the  arts”.7
We believe that this is about to change. There has been a raising of consciousness.  Soon this will become a groundswell. And in the next decade we’ll reach a positive tipping point, a switch to love-founded, heart-driven organisations. You see, “love behaves like a separate being in the psyche, acting from within and enabling us to look beyond ourselves at our fellow human beings – people who can be valued and cherished, rather than used”.8
“Great leadership, at West Point and everywhere, has a lot to do with love. Not romantic
love or unconditional love but that caring, passionate drive that binds teams together to
accomplish goals greater than any individual among them could imagine”.9
It is not business as usual, but business with a new perspective, a new way of doing things, without being distracted and self-involved, success because of ‘spirit’ at work.
The miser visits a rabbi to complain how miserable he is. The rabbi takes him by the shoulders and places him in front of a mirror.
“What do you see?” he asks.
“I see myself,” mutters the miser.
The rabbi steers him to the window and asks, “What do you see now?”
The miser responds, “I see people and trees”.
“The difference,” says the rabbi, “is the silver on the mirror”.
REFERENCES
1. Moss Kantor, Rosabeth On the Frontiers of Management Harvard Business Review Book  Boston  1997
2. Horne, Amanda Virtuous Organisations August, 2012

Posted by Graham Williams at 4:38 AM 0 comments

What keeps a Leading Organisation at the Top? 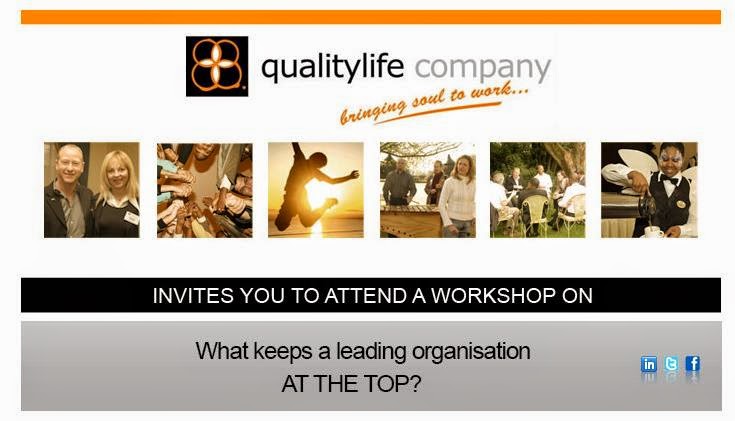 Moving from Values to Virtues

Leading organisations are individualistic. Their intrinsic character traits, culture and consistent behaviour differentiates them from others. What's more, they are actively mindful of both their clients', suppliers' and employees' needs and the imperative for environmental, community, economic and political change.

In short, leading organisations have shifted their focus from "Me too" values to building a virtuous culture. More than talk, they do, visibly demonstrating their authentic care for people and the planet.

The spin-off is their loyal following; their attracting, recruiting and retaining of motivated talent; their resilience and agility; and yes, their profitability.

In order to create and sustain a high-performance organisation, this workshop is designed to help organisations, in all business sectors and of all sizes, develop an individual identity and build a virtuous culture that resonates with them.

Unlike a lecture, this workshop encompasses the use of relevant case histories, personal experiences and visions, images and conversation.

This workshop is for all leaders of organisations, small, medium and large, HR directors and management consultants who work in the private or public sector.

Note: This workshop can be facilitated in-house.

Responses to the Graham'Williams eBook, The Virtuosa Organisation

Posted by Graham Williams at 6:06 AM 0 comments