“If you just say ‘Save the world’, it doesn’t help. You have to pick the right specific behaviours” – BJ Fogg 1 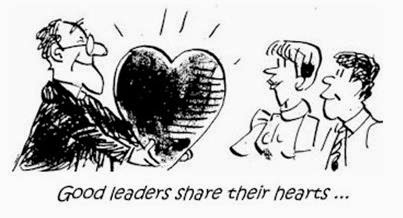 What the world needs now …


he miser visits a rabbi to complain how miserable he is. The rabbi takes him by the  shoulders and places him in front of a mirror.


“What do you see?” he asks.
“I see myself” mutters the miser.
The rabbi steers him to the window and asks, “What do you see now?”
The miser responds, “I see people and trees.”
“The difference” says the rabbi, “is the silver on the mirror”.


This story relates to how we see virtue and vice operating in a commercial world that is part window ‘out there’ and part mirror ‘in here.’  When we look through the Rabbi’s window what do we see?


There is a lot wrong in the world in which business operates. A third of all food produced in the world goes to waste. At the same time “under-nutrition was the main underlying cause of death in children under five, causing 45% of all child deaths in the world in 2013”.2


The gap between the rich and poor is getting even wider.  85 individuals have the same wealth as half the people on our planet.3


We could point out much more, but suffice to say that virtuous business organisations can make a huge difference.  What the world needs now are organisations led by virtuous leaders.


Our hope is that more organisations will change their strategic narrative and become forces for good in society, and in this way build their own sustainability.  This requires us to look in the mirror. Without doing that we cannot reflect, and reflection is a prelude to change.


Richard Rohr says that “we mend and renew the world by strengthening inside ourselves what we seek outside ourselves, and not by demanding it of others or trying to force it on others”.4


An advocate of ‘inward bound leadership’, Andre van Heerden, Director at the Power of Integrity New Zealand, says: “The global leadership crisis will never be overcome by skills training, which merely asks: “what can you do?” It will only be resolved by education which asks: “what sort of person will you become?”

What character virtues should be developed by leaders and their organisations?


Developing leadership character in a needy world is a huge challenge. We’re talking about leaders and their organisations going beyond legislative compliance, going beyond tacked-on corporate social responsibility programmes, beyond ‘cause marketing’ for public relations purposes, beyond notions of sustainability programmes as a competitive edge, beyond ‘doing well and doing good’. We’re talking about business deciding that its core purpose is to contribute meaningfully to planet, people and profit. About being a force for good.  About operating  from a basis of meaningful character virtues.


The process of deciding on specific virtues to be developed is dependent on each business organisation and its situation. Here are two models to start your reflection: 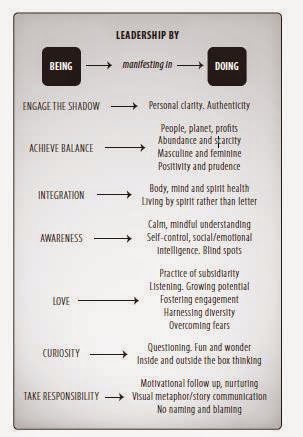 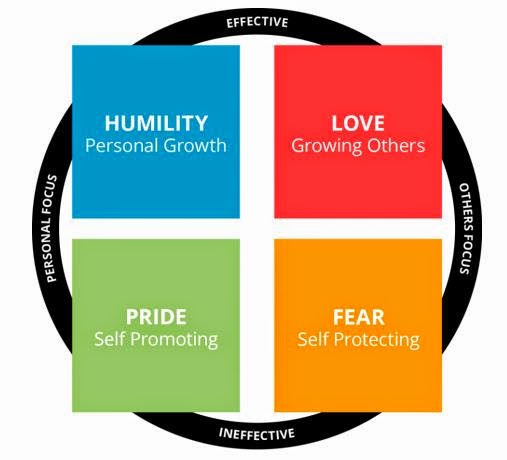 The Heartstyles indicator5 encourages behaviour shifts from ineffective to effective and from personal to other focus based on the positive character virtues of love and humility. This model is based on a belief that the quality of one’s life, character and leadership comes from an attitude of the heart.
It is mirrored by the 7 da Vinci virtues as described in The Virtuosa Organisation6, and a twin belief that who we are determines what and how we do and lead.
There is clear overlap between the two models:
·       Engaging the shadow is in order to expose and confront the less desirable side of ourselves, taking off protective masks, overcoming controlling and other dysfunctional behaviours, and fears, sources of pride and envy. And thus to develop our authentic, vulnerable, compassionate selves
·       Curiosity plays a powerful role in bringing understanding, overcoming fear of the unknown, obtaining perspective that reduces the scope for pride. Curiosity is the trigger for transformation through continuous learning
·       Love (of self and others) is also instrumental in driving out fear, prejudice, competitive behaviour - enabling us to effectively relate to and seek the other’s best interests and personal growth
·       Taking Responsibility for our actions, relationships, and the growth of others drives our own growth and results in the workplace
It’s also easy to see obvious connections between the models, and virtues and vices identified over the centuries (as one example - by the Catholic faith7):
·       “Humility is the virtue that counters pride ...  Pride is a ‘sin’ based on undue and inappropriate appreciation of one’s self worth. Conversely, the virtue of humility is about modest behavior, selflessness and the giving of respect.
·       Kindness, or brotherly love or love for one’s neighbor, is the virtue which counters the sin of envy. Envy, in contradiction to God’s law of love, is manifest in a person’s sorrow and distress over the good fortune of another person. Conversely, kindness and brotherly love is manifest in the unprejudiced, compassionate and charitable concern for others”.
In short, unless character virtues undergird knowledge, skill and presence, our leadership efforts may be misdirected.  Unless an organisation’s vision, strategy, mission and objectives are informed by a virtuous purpose, it becomes just another entity, and worse – one not contributing to the common and greater good. Everything is based on virtues.
You've gotta have heart!
Miles and miles and miles of heart!
Oh, it's fine to be a genius of course!
But keep that ol' horse before the cart!
First you've got to have heart!
(from the musical Damn Yankees by Richard Adler and Jerry Ross)
A cautionary note
The leader should be absolutely convinced that virtues-based leadership is the right way to go. “In virtuous organizations, employees collectively behave in ways that are consistent with the best of the human condition and the highest aspirations of human kind”.8   There can be no half measures nor confused motives.  As Arnold Smit of the University of Stellenbosch Graduate School of Business says: “ … if a set of agreed-upon values, as is so often found in business, is not anchored in the hearts and minds and behaviours of virtuous individuals, they will remain superficial, surface phenomena. (Virtues, in contrast and by their very nature, are embedded in the people within whom they manifest)”.9
There is a danger that leaders may adopt ‘good’ behaviours for the wrong motive. This can be fuelled by promises of better market performance or higher profitability, for example:
·            Sustainability. “In addition, 31 percent of companies say sustainability is boosting their profits and 70 percent report that sustainability has a permanent place on their management agenda”. 10
·            Doing good.  The title of an article about Richard Branson’s book is a giveaway: Screw Business As Usual, And Make Your (Huge Piles Of) Money By Doing Good.11
·            Operating from a foundation of ideals, values, mission, purpose, deeper meaning. The sub-title of Grow is the give-away: “how ideals power growth and profit at the World’s greatest companies” 12
For advice on all aspects of what it takes to develop a virtuous organisation, and selecting and institutionalising virtues appropriate for your organisation, contact:

Posted by Graham Williams at 8:01 AM 0 comments