The Oscar Pistorius Trial – will the truth prevail?

The first ever televised trial in South Africa, Oscar Pistorious in the dock for the murder of his model girlfriend Reeva Steenkamp, is under way and it may yet be several months before judgment is handed down.


The overriding narrative is one of pathos, reaching the proportions of a mythological Greek fallen hero or a Shakespearian tragedy. Within that reside numerous ‘minor’ stories and future University case studies for many disciplines including psychology, law, sport, media channel communications ...

Lots of issues thrown into the spotlight


A host of broader issues have been raised, including those of gender violence, gun control, human rights, with one of the most important in South Africa being the imperative of an independent judiciary system for the smooth running of society and government.


At an individual level, thoughts may have been triggered about fairness, grieving, loss, suffering, facing one’s own death, values disconnects, effect of stress and trauma on the ‘whole person’, impacts of parenting and critical incidents on our development, the nature of human flaws and frailties, expert versus generalist credibility, our primal voyeurism and lynch mob tendencies, how our potential may be stunted or realised by our beliefs … witness Oscar’s athletic prowess and achievements against all odds, or how we tend to believe what we must believe even in the face of objective evidence to the contrary.  On the relationship front, we may have:


·       considered how the legal system mirrors our own communicating and relating in different situations - adversarial and combative, negotiable where there is no immediate common cause, avoidance, placatory …


And most of all, will the truth of what really happened be revealed?

What is the Truth? 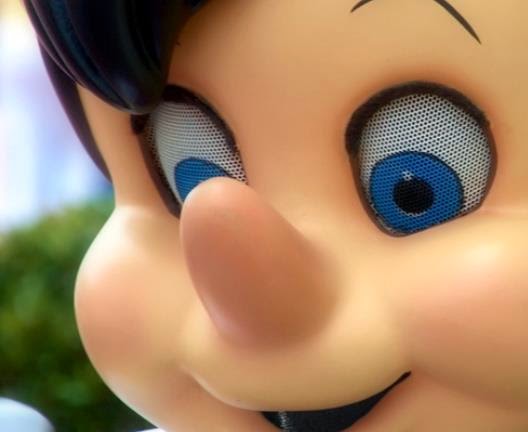 Perhaps we all at some stage or another tell ‘little white lies’, or even bigger lies – when we’ve convinced ourselves of a high, honourable intent, for example to protect the other, avoid conflict. Neuroscience has showed that our frontal lobes are involved when we push down, cover up the truth. Unlike Carlo Collodi’s Pinnochio our noses don’t grow longer, but our limbic system is activated and the lie causes anxiety.
Psychiatrist M. Scott Peck has bluntly proposed the condition of ‘evil’. 1   A character disorder possessed by those who deny the existence of evil, feel no love nor empathy yet use emotion as a decoy, cannot accept any form of criticism, hide from their own consciousness and habitually lie to deceive others and project blame, in order to maintain a façade of perfection and guiltlessness.
On occasions of course, when caught in a lie, such people will reconstruct events to make them fit with their version of the ‘truth’.
Concealing through unintentional lying
“In psychology, confabulation is a memory disturbance, defined as the production of fabricated, distorted or misinterpreted memories about oneself or the world, without the conscious intention to deceive.  Confabulation is distinguished from lying as there is no intent to deceive and the person is unaware the information is false”.2 This may be an effect of alcoholism, a thiamine deficiency, Alzheimer’s …
Sometimes we may emotionally hi-jack ourselves – shut out or rational brains because of intense fear (real or imagined). These dishonesties may over time become ‘rationalised’ then even believed.
Or we have blind-spots, know only a part of the wider truth – our perceptions and judgements relate to a single story, not multiple stories around the same event or person. 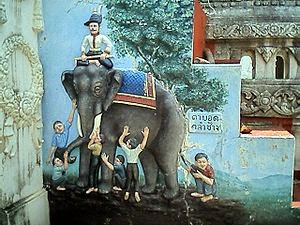 An ancient Indian parable, told by Rumi amongst others, illustrates this3.
Once upon a time, there lived six blind men in a village. One day the villagers told them, "Hey, there is an elephant in the village today."
They had no idea what an elephant is. They decided, "Even though we would not be able to see it, let us go and feel it anyway." All of them went where the elephant was. Everyone of them touched the elephant.
"Hey, the elephant is a pillar," said the first man who touched his leg.
"Oh, no! it is like a rope," said the second man who touched the tail.
"Oh, no! it is like a thick branch of a tree," said the third man who touched the trunk of the elephant.
"It is like a big hand fan" said the fourth man who touched the ear of the elephant.
"It is like a huge wall," said the fifth man who touched the belly of the elephant.
"It is like a solid pipe," Said the sixth man who touched the tusk of the elephant.
They began to argue about the elephant and everyone of them insisted that he was right. It looked like they were getting agitated. A wise man was passing by and he saw this. He stopped and asked them, "What is the matter?" They said, "We cannot agree to what the elephant is like." Each one of them told what he thought the elephant was like. The wise man calmly explained to them, "All of you are right. The reason every one of you is telling it differently because each one of you touched the different part of the elephant. So, actually the elephant has all those features what you all said."
"Oh!" everyone said. There was no more fight. They felt happy that they were all right.
What is our own truth?
Three things to think about and mull over:
·       Perhaps knowledge acquisition and ultimately sense-making (regarding ourselves, others or events) is a bit like the elephant and blind men story.  In a court situation, hopefully the full story is gradually revealed, and a just outcome is reached. In our own situations, withholding judgement and being open to new information, learning and insights (regarding ourselves, others or events) may be something to be practiced more conscientiously?
·       We are on a journey to seek, discover and be our true selves. The analogy of advocates hunting, probing, questing for consistency has validity. They try to get behind blind-siding and self-deception. We too need to cross examine our own ‘testimony’ of who we purport to be – because authenticity involves more than telling the truth. It involves being the truth of what we say.  A truth that is not hidden by ego and persona performances. Embracing of mindfulness, contemplation and healthy introspection is still undervalued.
·       Weighing the scales and reaching balance: the emergence of positive psychology to complement and contribute to the wider field of traditional psychology has value in preventing pathologies and enhancing how we live our lives. But it can be misinterpreted and taken too far – witness the disquieting trend of making an industry out of selling abundant success, power, wealth, fame, recognition and even adulation, achieving anything you want in life, obtaining whatever your heart desires. Mae West’s cynical “Life’s a bitch and then you die”, is also not the full truth, but a good counterpoint. 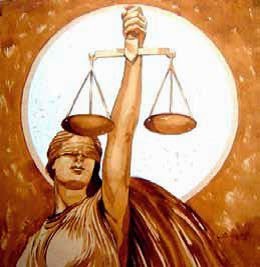 Indeed, Franciscan Priest Richard Rohr who speaks often about integrating action and contemplation, says that “The entire process that we call initiation somehow makes it possible for a man to experience these five difficult truths:
1. Life is hard.
2. You are not that important.
3. Your life is not about you.
4. You are not in control.
5. You are going to die”.5
References
1. Scott Peck, M  People of the Lie: The Hope for Healing Human Evil Century Hutchinson 1988
2. Confabulation  http://en.wikipedia.org/wiki/Confabulation
3. Elephant and the Blind Men  http://www.jainworld.com/literature/story25.htm
4. Rohr, Richard https://cac.org/richard-rohr/daily-meditations  and http://menstuff.org/columns/overboard/rohr.html  An Interview with Fr Richard Rohr
5. Moreira, Alexander  Justiça  (alexanderpmoreira@gmail.com).

Posted by Graham Williams at 3:41 AM