“It is not the answer that enlightens but the question.” Eugéne Ionesco, playwright and poet 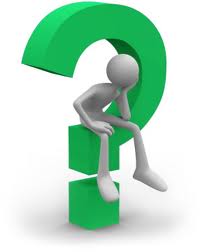 Why ask questions?
Questions lead to answers. Questions allow us to construct an intelligible world. Without questions, lawyers, philosophers, inventors, scientists, coaches, trainers, knowledge management developers, management consultants, theologians, market researchers, journalists, police investigators and employment interviewers would be lost. Without questions, crucial conversations stall, curiosity goes unsatisfied and learning dries up, veils covering the unknown are not lifted. With only pre-decided answers and no questions, the salesperson fails to understand and connect, and loses out. Without questions the psychologist or narrative therapist cannot open up new possibilities for their clients, the doctor cannot diagnose.
Without questions in a safe environment, where curiosity is valued, innovative companies lose their competitive edge.
Through questions we can achieve focus, widen our perspectives, deepen and accelerate our learning, solve problems and stimulate good conversations.
Questions enable the quest. The quest for data, information, knowledge, understanding and wisdom.
It’s good that Newton asked “Why did the apple fall?”, Archimedes asked “Why does my bath water rise when I get in?”, de Vinci asked "Could man fly?".
As a picture can be worth a 1000 words, so too can a good question be worth a 1000 answers.
Help to lead from chaos to order. Fly like an arrow straight to the heart of the matter.
There was once a small boy who loved banging his drum all day and every day. He refused to be quiet, no matter what anyone else said or did. Various people were called in to do something, to find the answer to this disruption, to solve the problem.
The first told the boy that he would surely, if he continued to make so much noise, perforate his eardrums. The second told him that drum beating was a sacred activity and should be reserved only for special occasions. The third offered the villagers plugs for their ears. Someone gave the boy a book to read. Another suggested meditation exercises. Yet another offered more harmonious musical instruments.
Nothing worked.
Eventually a wise old woman asked of the boy, "I wonder what is INSIDE the drum?"
(Idris Shah) 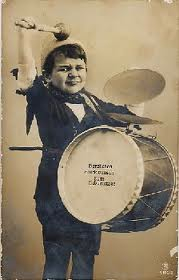 What questions to ask?
Text books are full of information about closed and open-ended questions. They cover leading and rhetorical questions, process questions – prompting, clarifying, probing, establishing, trapping, challenging, reflective, and provocative questions. Multiple-choice questions and enquiring “What if?” questions. They offer critique questions such as the “Who says?” and “So what?” combination. Questions that reframe thinking, that surface alternatives.
(It's also good to escape from too much business reading, and to read simply for enjoyment. I find as much wisdom, and often learn incidentally, by reading novels. Ed McBain's 87th Precinct mysteries, for example are great for studying probing questioning and loop-back techniques).
Asking the right questions is key.
In the Hans Christian Andersen story, a child is the only one to ask what needed to be asked: “Why isn’t the emperor wearing any clothes?”
When disciple Malunkyaputta, worried that so much had yet to be explained by the Buddha, and desperately ‘needing’ answers, he posed these and other questions:
“Is the soul different to the body? Do the enlightened live after death? Is the world eternal or not?”
The Buddha answered:
“I have never said that if you lived a religious life you would understand these things. It is like a man, wounded by a poisoned arrow, who says to those who want to heal him: ‘No. This arrow must not be removed until I know who wounded me, what his name is, where he comes from, and what kind of bow he used, how was the arrow made?’ Surely this man would die before he received his answers. Whatever answers I give to the questions that you have posed Malunkyaputta, there is still suffering, old age, death – and these things we can transcend, and their explanation is useful. Your questions are not useful”.
Malunkyaputta applauded the Buddha’s answers.
Einstein said something along these lines - that if he were about to die and had only 1 hour to figure out how to save his life, he would spend the first 55 minutes of that hour searching for the "right question". Once he had formulated the question, then finding the answer would take only 5 minutes.
For now, just three thoughts:
he workplace.
The Japanese 5 Whys? technique of delving deeper in order to uncover the root cause, is
worth adopting.  We could reverse Benjamin Franklin as a fun way of illustrating this:
the kingdom was lost (Why?) for want of the war
the war was lost (Why?) for want of a battle
the battle was lost (Why?) for want of an army
an army was lost (Why?) for want of a rider
a rider was lost (Why?) for want of a horse
a horse was lost (Why?) for want of a shoe
a shoe was lost (Why?) For want of a nail
Cognitive Kinetics1 goes beyond mind-mapping, and we use it to generate innovation within groups. To a large extent, a successful outcome depends on the strength and flow of the questions used to initiate new thinking. The Appreciative Inquiry approach, which can also tap into narrative, resonates with the Ionesco quote at the beginning of this article. Instead of asking questions such as 'What is the problem?', 'What is wrong'; the approach is to focus on the positive to tap into solutions: "What is good about what we are doing?' , 'Can we foresee ways in which this can work better?'...........
The same applies to Anecdote Circles.
Belasco (2): "Too many of us still believe that it is responsibility to provide answers......"
Within relationships.
The Johari Window (developed by Joe Luft and Harry Ingham) is a nice way for people to learn about each other. A window is progressively opened by each person both telling and asking.
Receiving and revealing what is known to self/ not known to self, known to others/ not known to others. It addresses facts, feelings and underlying beliefs. 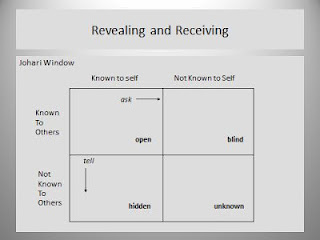 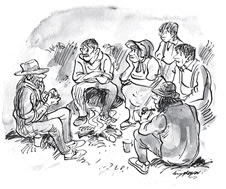